Where Does UC Davis Energy Come From? 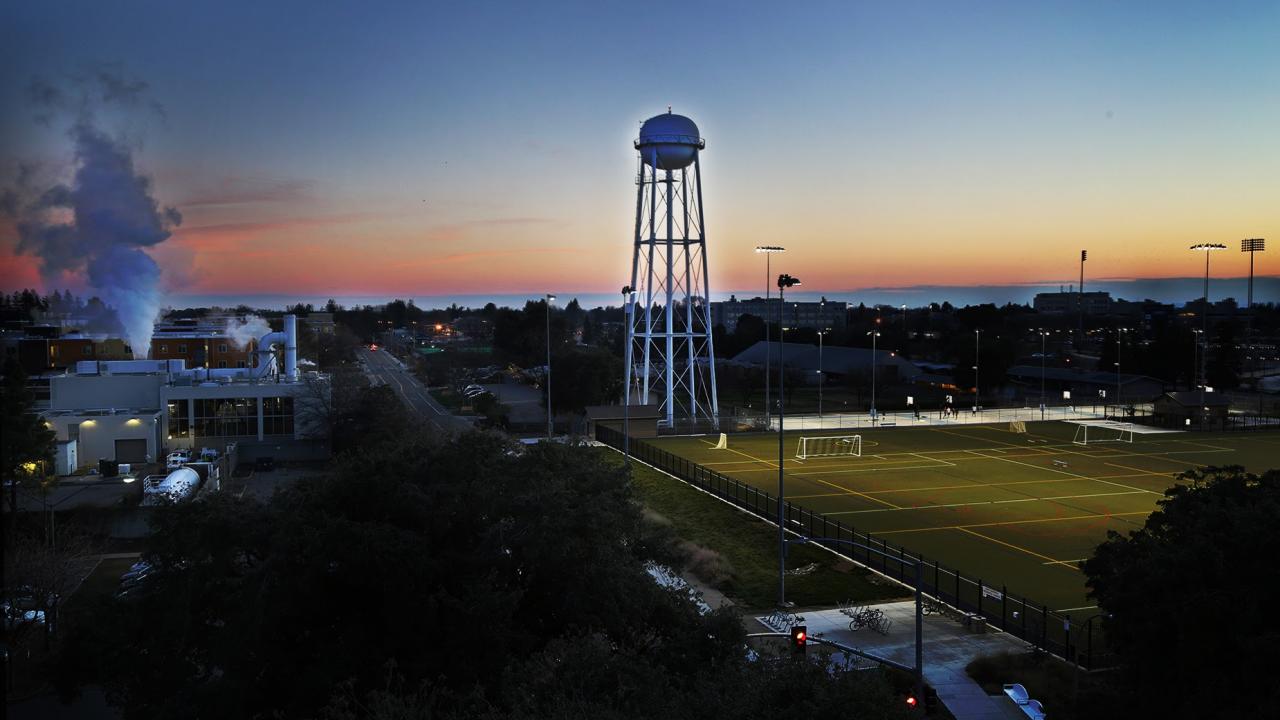 Energy is something we all take for granted.  Hot and cold water at our fingertips, heat and air conditioning when it's too cold and too hot, and when it gets dark outside, just flip on the light. But where does it come from? Energy supply for your house differs greatly from supplying 5,300 acres and the 1,200 buildings that make up the UC Davis campus.  With such a large campus our energy costs and usage is complicated but our energy supply is more straightforward, coming from a combination of gas and electricity.

Natural gas usage makes up 56% of the energy commodities supplied to our campus, and is primarily used for heating purposes.  Natural gas is purchased and supplied through PG&E pipelines and used to heat buildings and make hot water.

Electricity usage makes up the rest of our energy supply, accounting for around 44% of campus energy. It is used for cooling, ventilation, plug loads, and lighting. This means that people on campus can have the most impact on electricity usage, because it involves turning on lights, and using plugs. On average, lighting alone accounts for around 15% of a building's electricity use.

This image depicts the breakdown of campus energy supply.

Our campus currently has both renewable and nonrenewable sources of energy, although we are making large strides on our pathway to carbon neutrality. 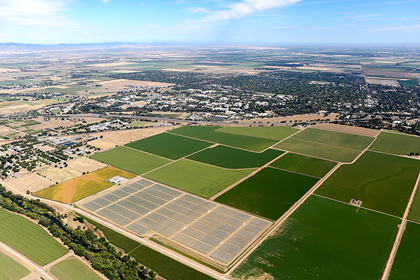 One of the most innovative pushes towards carbon neutrality that our campus has implemented thus far was the 62 acre solar farm on the south end of campus. This plot of land is a 16.3 megawatt SunPower solar plant that generates around 14% of UC Davis energy, and reduces the Universities carbon footprint by 9%.  In order to increase efficiency in such a large solar plant, panels slowly tilt throughout the day so that they always face the sun directly, and are cleaned by robots that keep dust from accumulating and decreasing their generation power. What is so unique about this installment is that it is the world's largest “behind-the-meter” solar installation on a university campus.  “Behind-the-Meter” refers to a renewable energy generating facility (in this case, solar) that produces power intended for on-site use in a home, office building, or other commercial facility.  The location of the solar PV system is literally “Behind-the-Meter”, on the owner’s property.

UC Davis also benefits from another solar farm that is off campus, (i.e, not behind the meter.  This 60-megawatt solar power installation was built to supply renewable energy to the entire University of California (UC) and represents roughly 14% of the total UC system’s electricity usage. Nearly a quarter of the solar power will go to UC Davis, while the remainder will be shared among the other UC campuses and medical centers served by the university’s Wholesale Power Program.

Students first initiated the call for the UC to reduce its own emissions, and in 2007 the chancellors of all ten campuses signed commitments to achieve carbon-neutral operations on several different timelines. In November 2013, President Napolitano launched the Carbon Neutrality Initiative, which commits UC to emitting net-zero greenhouse gases from its buildings and vehicle fleets by 2025. UC Davis is currently working on implementing a massive change, switching from steam to hot water as a heat source for our buildings.  This will majorly impact the push towards carbon neutrality because a huge portion of our natural gas usage is for the production of steam.

In order to produce steam, it has to be heated to over 350°F, which involves lots of fuel, and also has a 30-50% heat loss on the distribution system.  Meanwhile, hot water only has to be heated to around 160 degrees, and has a 5% distribution heat loss.  The steam district heating system is comprised of over 10 miles of piping, buried 5-15 feet under the ground. Most of these pipes are old, and many have insulation that has degraded over time which makes them extremely inefficient.

“As a national leader in sustainability, the University of California is taking on bold, new goals and transforming our approach to procuring and using energy in more sustainable ways,” said UC President Janet Napolitano. “Our partnership with Centaurus Renewable Energy will ensure that UC has a steady supply of cost-effective, climate-neutral electricity.”

UC Davis is already ahead of the curve in its amount of renewable energy and as of May 2017, we were producing 16.3 MWDC, while the next largest onsite solar project on a UC Campus outside of of UC Davis was producing 3.34 MWDC.

Both energy efficiency and converting to renewable energy sources are critical to reducing our carbon footprint. UC Davis uses less electricity now than 20 years ago, even though we have grown substantially in population and buildings. As you can see, as our student population drastically increases, the amount of energy used per student decreases. So although we are growing as a university, that is not drastically impacting our energy consumption.

Focused on Fitting the Job to the Worker