Cooling for the campus buildings is produced using huge chillers at the Central Heating & Cooling Plant (CHCP). These chillers use electricity to cool water (called chilled water), which is then used to cool campus buildings. It is one of the most efficient ways to cool buildings but it still takes a lot of energy to make the 40°F chilled water needed for campus cooling. We work hard to run these systems as efficiently as possible, which saves energy and money, and we do this by improving the building system efficiencies and the efficiency of the chiller plant that makes chilled water. Our optimization strategies also take into account the varying price of electricity throughout the day and leverage our thermal energy storage tank (which acts as a huge thermal battery) to minimize our grid electricity usage during peak rate periods. The team implementing the Chilled Water Optimization project estimates an annual savings of $200,000.

Improving the efficiencies of our building systems and our chiller systems are two strategies to save both energy and money. 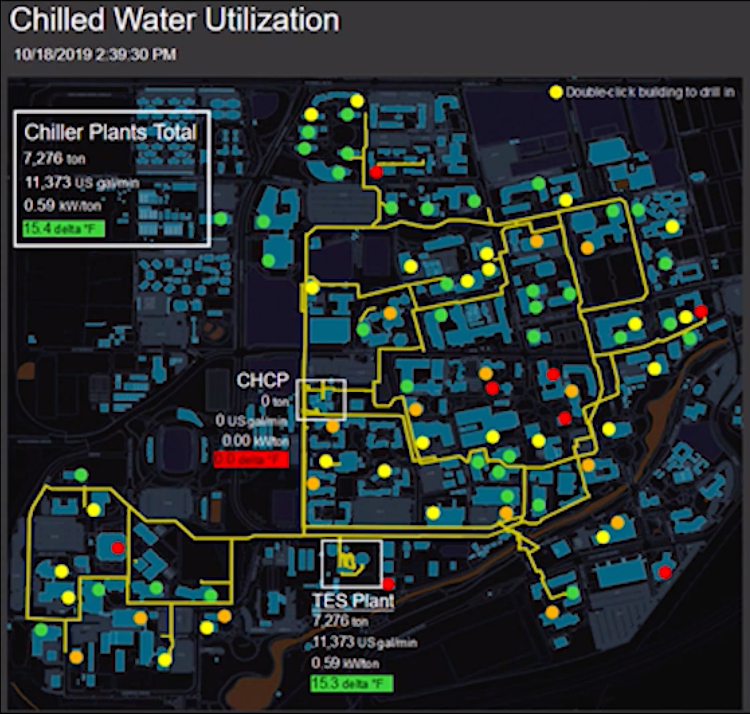 In order to monitor building efficiency, the engineers and operators at the CHCP use the metering in campus buildings to track the ΔT for around 100 buildings connected to the chilled water loop. The image to the right shows how these buildings are monitored, with green dots representing good ΔTs and red dots mark buildings that have low ΔTs and need efficiency improvements.

A second strategy for optimizing chilled water use is intelligent dispatching of our thermal energy storage tank, which stores chilled water for use at a later time (like a battery).

The engineers have data on forecasted weather, campus cooling demand, and electricity rates that allow for careful planning of when the tank should be "charged" or filled with chilled water. The charging of the tank is strategically planned to happen when electricity prices are low, and the stored thermal energy is dispatched to be used on campus when electricity prices are high. Also, at times of high demand when the grid is near its peak capacity, the campus can use its ‘thermal battery’ to reduce its load on the grid which can potentially help avoid blackouts.

The image below is a dashboard used by engineers and CHCP operators to determine when the chillers will be used for campus cooling and for charging the thermal energy storage tank. They also make data-driven decisions about which of the 6 campus chillers to use at any given point in time, and when to turn off chillers and dispatch the thermal energy storage tank for campus cooling.

Data-Driven Use of the Thermal Energy Storage Tank 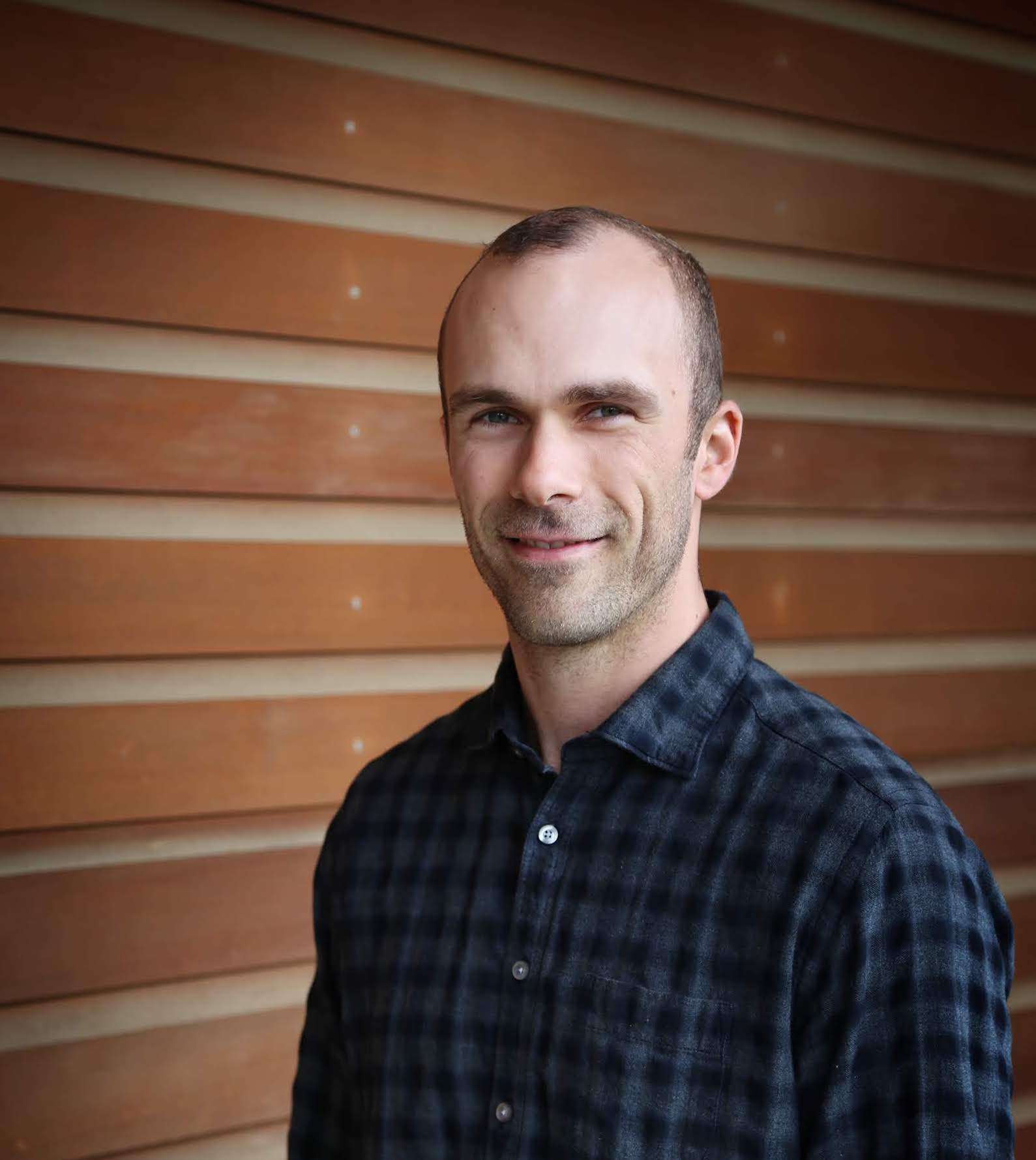 “We didn’t understand our electricity rates, or how we were being charged for electricity, so that’s one of the key lessons we learned that allowed us to use the thermal energy storage tank more intelligently.”

With the forecasted data on weather, energy demand, and electricity prices, the engineers are able eliminate the element of surprise when it comes to using the thermal energy storage tank. According to energy prices, the operators at the CHCP can choose when they turn off chillers and use the energy stored in the thermal energy storage tank to provide cooling for the campus. This is a energy-saving strategy called load shifting, to shift your use of energy to times of the day when energy is less expensive and there's is less strain on the grid. On hot days when electricity demand is high and prices are extremely high, the operators can save as much as $20,000 between 6-9pm by using the thermal energy storage tank, which also means we avoid using 'dirty' grid electricity. High energy prices and high grid demand generally correlate with ‘dirtier’ energy (when all the old, inefficient plants are fired up to meet statewide electricity demand), and conversely the times of lower use tend to correlate with cleaner energy (lots of solar/wind energy on the grid often drives down prices).

The image below shows a particularly hot day in Davis in August, 2020. During the day when statewide solar production was high and electricity rates were low, operators had the campus chillers running to both serve the campus and charge the thermal energy storage tank. The price of electricity was relatively low, until around 6pm when the price shot up to 10 times what it was previously. With the data to anticipate this increase in price, operators turned off several chillers to reduce the energy demand at the CHCP, and dispatched the thermal energy storage tank to provide cooling to the campus.